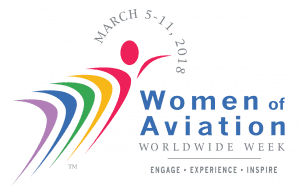 Since its inception, the celebration of Women Of Aviation Worldwide Week has grown exponentially thanks to individuals like you who decided to make a difference in their communities. The Institute for Women Of Aviation Worldwide (iWOAW) reviews outcome annually and implements needed changes to better engage, support, and reward all participants. Here is a summary of the key changes in 2018.