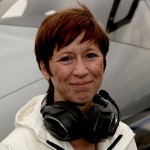 A word from Mireille Goyer, President, Institute for Women Of Aviation Worldwide (iWOAW)

Thousands of industry enthusiasts and organizations – known as WOAWies – are putting the final touches on events around the world to introduce more than 50,000 girls of all ages to the full scope of activities available in the air and space industry during Women Of Aviation Worldwide Week 2017, March 6 to 12.

Please allow me to tell you why I think that WOAWies are exceptional.

WOAWies care deeply about the future of our industry

It is no great surprise to anyone personally involved in the industry to learn that growth is not what it used to be. Private aviation has shrunk substantially since the 1980s. Commercial aviation is growing; however, its workforce is aging.

From the beginning, aviation has relied mostly on men – except during wars when women took on a significant role in aircraft manufacturing and operation. Expanding the pool of talent to include the other half of the population is just common sense.

WOAWies care deeply about the future of our industry. It is personal. They don’t hesitate to invest their time, smarts, and financial resources to ensure that the industry they love will attract the best candidates, whatever their gender may be, and thrive. That makes them exceptional.

WOAWies believe that girls should have a fair chance

March 18, 1990, was the day I dared myself to do something that I never thought of doing – piloting a small aircraft. Although the idea of flying attracted me, a childhood accident that left me nearly blind in one eye, my humble roots, and the fact that I was a woman led me to dismiss the thought of learning to fly. On that March flight, I fell head over hills in love with aviation. I changed my career path and never look back.

My story is not unique. The majority of women involved in our industry today stumbled into it as adults. In fact, today, a boy remains three times more likely than a girl to be exposed to aviation’s opportunities.

WOAWies are committed to ensuring that girls, whatever their age, have a fair chance to fall in love with our industry. They Fly It Forward® and that makes them exceptional.

WOAWies unite to bring about change

Perhaps what is most unique about WOAWies and what makes them so exceptional is not what they do; it is that they do it together.

Across borders, regardless of affiliations, united by a mission, WOAWies echo each other’s voices to amplify their inclusive and welcoming message until it reaches into the deepest folds of our societies.

WOAWies resist calls for division by forces aiming to weaken the movement. They remember that women marched on March 8 – starting in 1914 – every year, whatever the local meteorological conditions were and regardless of personal inconveniences, until they obtained what was just fair – the right to vote.

WOAWies unite at a historically and socially meaningful time of the year to celebrate women’s past and present contributions to our industry and promote our industry to the female population.

Be proud to call yourself a WOAWie. You are exceptional!